We are divided because of a philosophy which confuses division with fidelity to God… I think we may concede that all of our divisions have resulted from a proper desire.

-Some thoughts on unity from W C Ketcherside 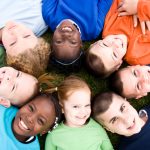 We serve God in a new way. If the apostolic epistles are not a written code, what are they?

One of them was a letter of endorsement for a runaway slave being sent back to his owner and master as a brother in Christ. One was a letter of thanks to a community of saints for a gift sent to an ambassador in chains. One was a letter to a young man with a weak stomach, who was sick a lot of the time, encouraging him to keep safe and intact that which had been entrusted to him. Another was a farewell letter to the same young man asking him to come soon and bring an overcoat and some books, especially notebooks for writing purposes.

Still another contained a reply to questions about conduct in marriage. One was a letter encouraging the recipients to leave the ranks of the unemployed and not to expect the imminent return of Jesus, nor use it as an excuse for “idling their time away, minding everybody’s business but their own.” These are not items in a written code. They are love letters to saints and brethren. They were not intended to make polished lawyers but perfect lovers.

The new covenant epistles were designed to assure those who received them of the love of the writers. “God knows how I long for you all, with the deep yearning of Christ himself” (Phil. 1:8). “Only let your conduct be worthy of the gospel of Christ, so that whether I come and see for myself or hear about you from a distance, I may know that you are standing firm, one in spirit, one in mind, contending as one man for the gospel faith, meeting your opponents without so much as a tremor” (1:27).

The letter to the Philippians was not a part of “the gospel of Christ.” The Philippians had long since accepted the gospel, and had taken part themselves in proclaiming it from the first day until they received this letter (1:5). Contending for the gospel faith had nothing to do with arguing with brethren about the implication of anything which Paul wrote in the letter. By the absurd conclusion that the apostolic epistles are all part of the gospel of Christ, and a perfect understanding of the epistles is essential to obedience of the gospel, we have wrecked all hope of unity in the body of God’s Son. Too, we have done with the epistles what their writers refused to do with them. We have made them a written code and reverted to a pre-Calvary means of justification, living B. C. lives in an A D. world. 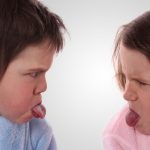 It is now time for us to renounce our childish and immature traditionalism and grow up in Christ Jesus. This means simply to adopt the same attitude and spirit as the apostles had. It is best exemplified in the words of Paul. “I have not yet reached perfection, but I press on, hoping to take hold of that for which Christ once took hold of me. My friends, I do not reckon myself to have got hold of it as yet . . . Let us then keep to this way of thinking, those of us who are mature. If there is any point on which you think differently, this also God will make plain to you. Only let your conduct be consistent with the level we have already reached.”

The very next words are: “Agree together, my friends, to follow my example. You have us for a model; watch those whose way of life conforms to it.”