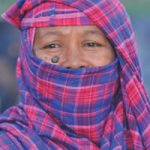 Evangelize America? No need; that’s done. So they say. We are the great, “already reached” people group, to hear the missiologists tell it. See the charts at the Joshua Project. Look, if you are drawn to reach out to the 800,000 Mbojo muslims, what an honor! But until you get on the airplane, what are you doing with the Gospel now, where you are?

I am equally confronted with that question. “What am I doing with the Gospel now, here?” In the early mornings before the light, before the birds greet the day, He whispers secrets of His love. An expansive love. A generous love. The gospel is not contained in a sealed UPS shipping pack bound privately for some distant village. It is unsealed, spilling out everywhere we are. 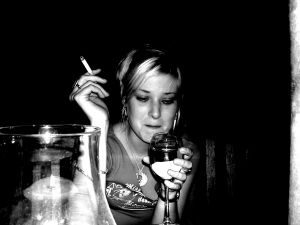 What a clever enemy of the Gospel we have with his deceiving imaginations and high things presented by experts. All done? 77% Christian? Can you imagine this tragedy of a  cesspool being estimated as 77% born again believers? I see America as 97% unreached. How are we even reaching 3%? And where is that 3% laboring in the harvest? I don’t know a handful of such people.

They say most people are converted young. I’ve a hunch the young are the only ones we make even the feeblest attempts to reach. Who do you know engaged in sharing the gospel with adults? Of course only the young are reached! But that “statistic” is based on our tactics, not on the power of the Gospel to reach those who are 20 or 30 or 40 or 50 or 60 or 70 or 80 or 90 or 100. “…the gospel of Christ… is the power of God unto salvation to EVERY ONE that believeth!” 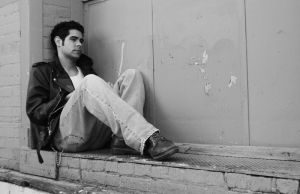 Personally, I never even heard the gospel until I was 20. I think that was also the first time in my life I met a real Christian. Such a rare oddity, and one I desperately needed. Immediately I married her and her God (for the record, that was 45 happy years ago). I’ve always seen America as being largely un-evangelized. You know, except the occasional Vacation Bible School. At least there is that.

Lord, spare us these lofty-minded experts! If you look just beneath the surface of the broad brush of the missiologist’s “people groups,” there are between 250 million and 300 million unconverted here, most of them not in some exotic subgroup with deep language and cultural barriers (such as, “Albanian Muslim,” etc.). What I read in these same statistics is that all around us here in America there are groups such as “non religious” at 16% (or 54 million souls); “Roman Catholic” 30% (or 97 million souls); and “protestant” 38% (at 116 million souls; down from the stated 43%, taking out a generous 5% points as saved already).

Reached? Our very neighbors are alone, without hope. They are full of shame, fears, and guilt. Distractions are everywhere to keep them that way. Drugs. Sex. Causes. Abortions. Broken relationships. Moral and emotional scars. Our culture is full of deceptions about right and wrong. Don’t shove them under the rug of hardened sinners. “Look,” He said, “on the fields white to harvest…” The generation He spoke of rejected Him as their Messiah and had Him crucified. If they qualify as a people group “white unto harvest,” I think that applies here and now, too. We don’t need to be multi-lingual, missional experts with credentials in cultural anthropology. We just need to enter the work, to become laborers. The harvest field is all around us.