You were soft against my face in the still, humid afternoon of the last September we would share. As though we had forever, we carelessly lie on a couch with flocking long worn smooth by the frequent partaking of its pleasant contentments. Dad was talking importantly about unimportant things and, at appropriate times and spaces, we murmured our expected worship, because it was his due, and because we hoped the unstable peace would endure the day—which it never did—but we had learned to pretend it would. When our nervous eyes met, you smiled reassuringly. The couch was red and the wall paper had large flowers on it.  Sheer curtains hung without moving until the rain began. 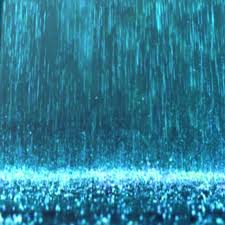 It was too many long years later that he finally died, alone and bitter. He lacked the capacity to grasp how he came to be rejected, believing it was he who had rejected us, determined as he was to measure up to something someone once said that had captured his soul: that he never had regrets. He could be charming. Kind, even. He wasn’t a bad man, didn’t want to be a bad man, didn’t think of himself as a bad man. He sometimes was a good man but some times he was, perhaps unintentionally, a very bad man. The war. Drink. His own dad, overbearing and cold. The depression. I entitled his eulogy, “A Hard Man from Hard Times.” It was true. I felt sorry for him; I feared him; I forgave him, but I don’t think I ever loved him. I once told my children I would rather have them fear me and obey me than love me and disrespect me. Horrid damn mirror. I have many regrets.

Few glimpses are left of you so detailed as that sweet, sweltering afternoon. I remember your glad accompaniment to the Lone Ranger and the Cisco Kid, smiles bringing me wet bread sprinkled with sugar on a white plate. It tasted sweet but gritty. I acted like I was so delighted, to delight you. Later, angry dishes were sent crashing to the floor, and I stood staring, thinking they reminded me of the raindrops splashing and spattering on the window sill that day. There is a Polaroid in my mind, snapped at the sound of your face being slapped, you staring back at me with desperation in your eyes as you tried to protect us by keeping his intentions on you. We slid under the bed to hide. I told them to hush and that it would be over soon and it was; too soon. Silent screams, yours and mine, failed against his power.

I couldn’t cry that day, so I pretended, wailing on my bed, with aunts and uncles alternately staring and trying to console me. I couldn’t cry since, even 60 years later. Frozen, I watched you slip away, muffled cries hidden in the early morning smells and sounds of percolating coffee. I told no one. I played along. I felt responsible for you both. I couldn’t protect you, but I could protect him. And so I did. My betrayal was cold and dispassionate; I felt nothing.

I see now it was me I protected. I cried today.